The Brooklyn Whopper is the biggest bat Cold Steel has ever made. At 38 inches, the Brooklyn Whopper is the maximum allowable sized bat for Major League Baseball, and weighing in at just over 48 oz., it’s a certified monster! This massive, king-sized baseball bat is perfect for strength and conditioning training, swing practice and warm ups, you’re sure to knock it out of the park! Ever since their release back in 2006, the Brooklyn series of baseball bats have been consistent fan favorites! Precision injection molded out of the heaviest-grade high-impact polypropylene that Cold Steel could find, these bats just can’t be broken through impact alone. As they are made from a polymer, rather than wood or aluminum, they are not only stronger than traditional bats, but they are more durable too! The Brooklyn Bats won’t rot, crack, or splinter, or even fade! You needn’t worry about dirt affecting them either, since they’re impervious to the elements and clean up with little more than soap and water. They can be used as game bats, practice bats, warm-up bats, loaner bats, school or league bats or kid’s bats. They can also serve as a cross over trainers to develop strength, agility and eye / hand coordination for those studying martial arts. From the micro sized Souvenir Bat (the Brooklyn Shorty) to the epic over-sized beast bat (the Whopper) and all of the other models in between, we’re sure to have the bat for you! Reasonably priced, versatile, useful and virtually unbreakable, there’s no excuse not to own a Brooklyn Bat by Cold Steel! 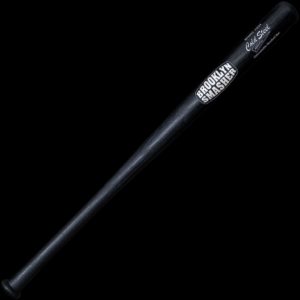 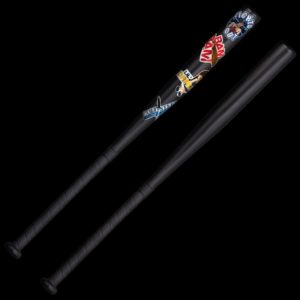 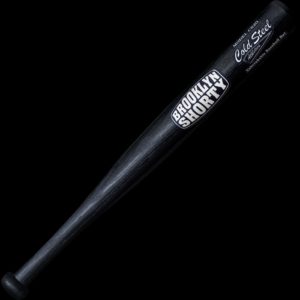 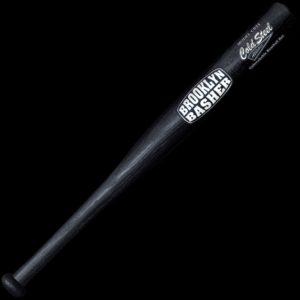 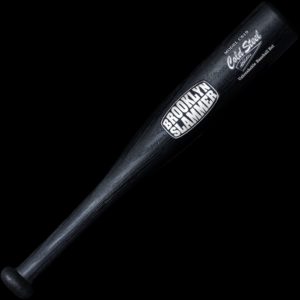